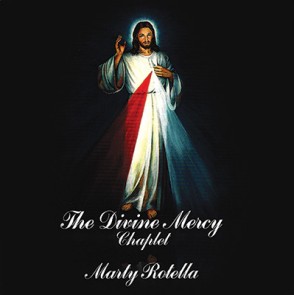 A Beautiful Rendition of The Chaplet of Divine Mercy in Song

In a vision to Saint Faustina Kowalska in 1935, the Lord revealed a powerful prayer that He wanted everyone to say -The Chaplet of The Divine Mercy, and he promised extraordinary graces to those who would recite it.

Whoever will recite it will receive great mercy at the hour of death… priests will recommend it to sinners as their last hope of salvation, even if there were a sinner most hardened, if he were to recite this chaplet only once, he would receive grace from my infinite mercy…l desire to grant unimaginable graces to those souls who trust in My mercy…(Diary, 687)

Encourage souls to say the Chaplet which l have given you (Diary, 1541 )… Whoever will recite it will receive great mercy at the hours of death (Diary, 687)… When they say this chaplet in the presence of the dying, l will stand between My Father and the dying person, not just as the judge but as the Merciful Savior (Diary, 1541)

Through the Chaplet you will obtain everything, if what you ask for is compatible with My will (Diary, 1731)

Prayed on ordinary rosary beads, the Chaplet of Divine Mercy is an intercessory prayer that extends the offering of the Eucharist, so it is especially appropriate to use it after having received Holy Communion at Holy Mass. It may be said at any time, but our Lord specifically told Saint Faustina to recite it during the nine days before the “Feast Of Mercy” (the first Sunday after Easter). He then added: By this Novena, [of Chaplets] I will grant every possible grace to souls (Diary, 796)

It is likewise appropriate to pray the Chaplet during the “Hour of Great Mercy”, three o’clock each afternoon (recalling the time of Christ’s death on the cross). In His revelations to Saint Faustina, Our Lord asked for a special remembrance of His Passion at that hour.

Vilinius image of Jesus, The Divine Mercy reproduced with the permission of the Association of Marian Helpers.

Original tracks from the Rays of Love album used with the permission of Inspired Music, Inc.
Original music for the Chaplet written by Jules and Marty Rotella

1 review for The Divine Mercy Chaplet

To book an event with
Marty Rotella and Spirit Power, Click Here to Request a Date Online, Call Toll-Free: 1-844-791-8780 or email: Event Booking